Many translators, maybe most, are concerned that their profession will not last many years. They have been following the progress of machine translation and believe that sooner or later computers will translate with a quality comparable to that of a professional translator, and at lower costs, thus bringing unemployment to all human translators. Are they excessively pessimistic? Is there a limit to the quality that computers will be able to achieve?

Most translation programs are already able to translate texts where what is required are simple word replacements plus adherence to grammar rules for word positioning and verb endings.

Are those translations good enough?  If you do not require a high-quality text and will be happy if you can understand the basic ideas of the text, the translation will be accepted, especially if you consider that you can get it at no cost through the internet.

If the original text is not so simple, and has some less common expressions, or uses words with their secondary meanings, then the translation may, at some points, provoke some laughs. (Maybe that is not a disadvantage at all but an advantage since most Hollywood comedies nowadays make us think about social problems rather than laugh about them!)

Machine translation designers have been expanding databases in the hope that the translations will near perfection if computers are fed with millions of expressions. However, that is only partly true.

A good translation does not depend only on recognizing expressions and translating them. The translator either the human translators or machine translation must understand the ideas behind the words. The reason for this necessity is that many words have more than one meaning, and, therefore, more than one translation in a foreign language. Thus, the only way to translate such words correctly is by understanding the context. (For example, the Brazilian word manga is either a sleeve or a mango, depending on whether we are talking about clothes or about fruits).

So far no one has tried to make computers really “understand” anything. When a computer reads “I have killed my mother” it has no idea whether that was a bad action or a praiseworthy action.  There are ways to teach computers to understand and judge what they read, but as far as I know, nobody has started research on this. It would be a mighty task, since the computer’s vocabulary would have to be complete with definitions usable by the machine, including word ratings in terms of goodness, advantage, etc.

As a translator, I would be pleased to take part in that sort of project, even if its success can someday doom my profession!

Humans, please comment before machines start sending in their ideas! 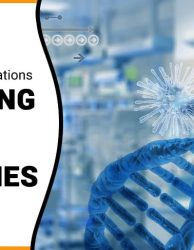