Why gender diversity remains a challenge

Women executives are ambitious and, like men, say they are ready to make some sacrifices in their personal lives if that’s what it takes to occupy a top-management job. Many, however, are not sure that the corporate culture will support their rise, apparently with some justification. Although a majority of organizations we studied have tried to implement measures aimed at increasing gender diversity among senior executives, few have achieved notable improvements.

Among the elements factoring into failure or success, we found that corporate culture was the key. In particular, our 2013 survey strongly suggests that prevailing leadership styles among top managers and performance models stressing that executives make themselves available 24/7 can be important barriers to women’s advancement. Another issue is the divergence of views between men and women executives, from middle management to the C-suite, on the difficulties women face in advancing. That problem is paired with lingering doubts among men about the value of diversity programs, particularly among men who are less familiar with the range of forces influencing women’s career trajectories. CEOs seeking to design diversity programs that truly bring about change must take account of these factors.

Women respondents say that they aim just as high as their male peers do. Seventy-nine percent of all mid- or senior-level women want to reach top management, compared with 81 percent of men. Senior women executives just one step away from the C-suite are more likely to agree strongly that they have top-management ambitions.

Yet our survey also shows that many are less certain they will reach the top: 69 percent of senior women say they are confident they’ll reach the C-suite, as opposed to 86 percent of their male peers. We compared women who feel confident that they can rise with those who are less confident and analyzed their answers about personal and collective factors that can support or inhibit career success. We found that a favorable environment and cultural factors weighed twice as heavily as individual factors in determining how confident women felt about reaching top management.

Women who are more confident of their ability to rise tend to say that the leadership styles of their companies are compatible with women’s leadership and communication styles, and that women are just as likely as men to reach the top there. Consistently, the absence of diversity in leadership styles was a challenge for many women: almost 40 percent of female respondents said that women’s leadership and communication styles don’t fit with the prevailing model of top management in their companies.

Performance models for work–life balance issues also tilt against women. Most men and women agree that a top-level career implies “anytime, anywhere” availability to work and that this imposes a particularly severe penalty on female managers. When asked whether having children is compatible with a top-level career for women, 62 percent of all respondents agree—but a much larger share (80 percent) think that’s true for men.

A significant cultural factor affecting women’s ability to reach top management is the engagement and support of men. While about three-quarters of men believe that teams with significant numbers of women perform more successfully, fewer recognize the challenges women face. Only 19 percent strongly agree that reaching top management is harder for women, and men are much more likely to reject the idea that the climb is steeper for women. We also found that men are less likely than women to see value in diversity initiatives and more likely to believe that too many measures supporting women are unfair to men. Finally, while nearly all male and female executives express some level of agreement that women can lead as effectively as men do, male respondents are not as strongly convinced.

These are among the reasons that year after year, and again in 2013, women remain underrepresented at the top of corporations, across all industries and countries. Those disappointing results persist despite a body of research suggesting that companies with more women in top management tend to perform better, both organizationally and financially, and despite decades of effort by many companies. The upshot is that there’s still room for firmer engagement among male executives, for more inclusivity, and for a more comprehensive ecosystem of measures—which will benefit from a strong, visible commitment by the CEO and the executive committee.

Does Size Matter in Translating Documents? 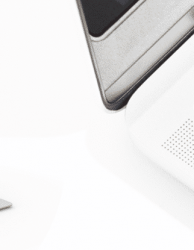 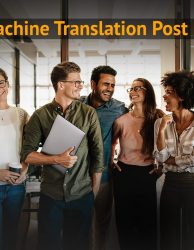