Shifting gears: Where the Russian car market is headed

Printed with permission from McKinsey Quarterly

The Russian car market is on track to recover from the financial crisis shortly. Where is the growth coming from? And who will benefit?

In 2008, the passenger car market in Russia hit a historic high, with more than 2.7 million units sold. Then came the worldwide financial crisis, and sales braked sharply, to half that level in 2009. The market, however, is recovering quickly—to 1.8 million in 2010 and 2.5 million in 2011. Experts predict sales will return to pre-crisis levels by 2014, with sales increasing 3 percent a year. One reason for the rebound is that Russian household income is rising strongly. By 2015, the number of households making more than $15,000 a year—the level at which car ownership becomes plausible—will be a third higher than in 2005, accounting for more than 40 million households.

What will they buy? Russian car consumers will diversify away from what have traditionally been the most popular models—the B and C sedan-type cars that currently account for 62 percent of sales. Between now and 2021, the sales of auto types such as smaller sport-utility vehicles (SUVs) and multi-purpose vehicles (MPVs), are expected to grow significantly. Sales of MPVs are growing fastest of all—24 percent a year, though from a very low base, while SUVs account for a quarter of the market.

Who will the big winners be? And how will the market shape up?

Download “Shifting gears: Where the Russian car market is headed” (PDF–.99 MB) to find out. 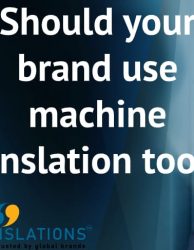