Beyond the boom: Australia’s productivity imperative

Australia has been riding the wave of Asia’s economic growth, supplying coal, iron ore, and minerals to meet unprecedented demand in China and other emerging markets. As commodity prices spiked in recent years, the country has attracted a flood of investment into its mines, processing plants, pipelines, and ports. More money has been invested in Australian resource projects in the past 5 years than in the previous 20.

Asia’s economic and demographic trends point to sustained demand in the decades ahead, but growth fuelled by demand for natural resources carries risk. The McKinsey Global Institute (MGI) report Beyond the boom: Australia’s productivity imperative finds that “one-off” factors—including favorable terms of trade and an investment surge—have driven half of the country’s recent growth, obscuring the truth about its overall economic health.

The magnitude of Australia’s resource boom belies some weakening fundamentals. Since 2005, the country has enjoyed 4.1 percent annual gains in income. But growth in labor productivity has fallen to just 0.3 percent. Capital productivity is now the biggest drag on income growth.

MGI outlines four potential scenarios for the future and finds that growth is likely to slow down, even in the best possible outcome. But in the worst-case scenario—if terms of trade move back toward their long-term average, some capital projects stall, and productivity growth remains low—income growth could stagnate at just 0.5 percent a year until 2017.

Australia can’t control commodity prices and global demand for resources, but by reversing its slide in productivity, it can take steps to create a softer landing when the boom eventually subsides. The report identifies four sectors—defined by their proximity to the resource boom and their exposure to trade competition—and pinpoints the major challenges for each of them. Successfully addressing these areas could raise national income by up to AU $90 billion (about US $95 billion) a year by 2017. 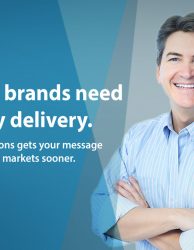