Conglomerates are shaping the competitive landscape in Asia. Would-be rivals must understand them to compete with them.

Conglomerates may be out of favor in much of the developed world, but don’t tell that to senior executives who contend with fast-growing conglomerates in major Asian markets, where this business model remains a competitive force.

McKinsey research finds that over the past decade, the largest conglomerates in China and India expanded their revenues by more than 20 percent a year, while conglomerates in South Korea exceeded 10 percent annual revenue growth (see sidebar, “About the research”). These companies diversified at a blistering pace, making an average of one new business entry every 18 months. The nature of those moves was striking: nearly half of the companies favored businesses that were completely unrelated to the parent companies’ operations.

Of course, only time will tell if Asian conglomerates’ “step out” approach to diversification will endure as the region’s economies mature. Nor is it clear how much shareholder value will be created—and sustained—by these companies’ growth. Nonetheless, a closer look at its characteristics and at the aggressive, M&A-fueled strategies that sustain it offers insights for senior executives seeking growth in Asian markets and gives potential entrants a useful glimpse into the evolving nature of competition there.

Over the past decade, conglomerates in South Korea accounted for about 80 percent of the largest 50 companies by revenues. In India, the figure is a whopping 90 percent. Meanwhile, China’s conglomerates (excluding state-owned enterprises) represented about 40 percent of its largest 50 companies in 2010, up from less than 20 percent a decade before. All these companies generated strong topline growth: an average of 23 percent a year over the past decade for conglomerates in China and India, and 11 percent for those in South Korea. Such growth is remarkable considering the large size of the companies involved—an average of $3 billion in revenues a decade ago and $12 billion in 2011.

Also notable were the strategic motivations behind the new business entries. Fully 49 percent were step-out moves into businesses completely unrelated to the parent companies’ existing activities—for example, a South Korean chemical company acquiring a life insurer or a Chinese mining group’s expansion into the media industry. The remaining half were about equally split between two kinds of moves: category expansions into adjacent businesses and value-chain expansions that positioned the parent company up- or downstream from its existing business.

Although step-out moves were the most common form of new business entry we observed, they were far from the most successful. Just 22 percent of those we studied had a beneficial impact on revenue growth, profits, and market share relative to those of competitors. In fact, our findings almost certainly understate the difficulties involved in diversifying into entirely new businesses, since companies rarely publicize the full financial and organizational implications of unsuccessful moves. Nonetheless, when step-out moves were successful, they delivered strong results—$3.8 billion in additional revenues, on average.

Regardless of how related the new business was to the existing one, the most common paths to success were M&A, joint ventures, and technology partnerships. Together, these accounted for three-quarters of the successful moves we studied.

Given the rapidly changing business climate in much of Asia, we believe senior executives in other regions should approach these findings judiciously. Certainly, not all Asian companies will follow the path of the conglomerates we examined. For example, state-owned companies and companies in markets with strong traditions of board governance (such as Malaysia) might find it difficult to convince skeptical boards of the need for bold step-out moves. Furthermore, if governance structures in Asia continue to evolve toward the shareholder-driven models prevalent in Europe and the United States—away from family-ownership or -control models that can introduce major shareholders’ personal interests into the equation—the growth patterns will probably change.

Nonetheless, there are equally valid reasons to believe that Asian conglomerates’ push for growth through aggressive diversification could continue for some time. For starters, many Asian conglomerates have ready access to capital, as well as aggressive growth ambitions that cause them to view strong local reputations and relationships as platforms for stretching into new areas. They seem to be particularly attracted to nascent industries, such as green energy, where dominant global leaders have yet to emerge. Local market dynamics also play a role. Ambitious conglomerates in smaller Asian economies, for example, may seek growth in new geographies given the relatively limited opportunities at home.

High growth aspirations intersect with a singular feature of emerging Asian economic life: the extraordinary need for infrastructure, since conglomerates are often involved with it. Finally, they can offer up-and-coming managers broader career-development opportunities, boosting their attractiveness to local talent in a region characterized by tight talent markets. Potential competitors will be well served by developing a better understanding of these and other sources of the conglomerates’ advantage.

The bottom line: business leaders in Asia are building large, fast-growing companies around the conglomerate business model. Understanding the drivers of that growth may give competitors and emulators alike a firmer footing in a volatile business environment. 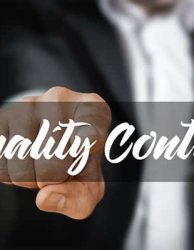