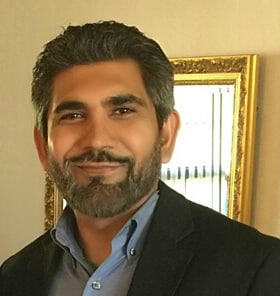 Mostansar is a serial entrepreneur and is the founder and CEO of EPIC Translations where he supports international brands in translating their global documents and website / software localizations. Mostansar is also a co-founder of BreatheSafe PPE Systems where they manufacture cotton and MERV-13 filter facemasks in the USA for the general public and non-hospital healthcare workers. Prior to EPIC Translations, he was Global Project Coordinator at HP Enterprise assisting GM in implementing their synchronized global engineering software platform. When not working, Mostansar regularly plays tennis and volleyball.​​​ ​​Mostansar is a nominated member of the East Michigan District Export Council where he advises companies on increasing their global exports. Mostansar loves the food scene and has organized one of the largest food festivals in Southeast Michigan in 2014 and 2015 where more than 50 varieties of food were available for more than 5,000 people that came to experience the food, fun, and folks! Last but not least, Mostansar is a recipient of “Entrepreneurs of Distinction” award from Corp! magazine.