Three experts explain synthetic biology and discuss its potential to affect fields as varied as medicine, oil, agriculture, and even fragrances.

Synthetic biology, billed by some as the genesis of the next Industrial Revolution, brings together a bewildering number of disciplines: biotechnology, molecular biology, systems biology, biophysics, computer engineering, genetic engineering, and more. Not surprisingly, the definition and applications of synthetic biology are hotly debated. McKinsey’s Navjot Singh convenes an annual event series designed to bring together a diverse mix of academics, industry executives, and thought leaders on engaging topics, and he recently met three experts to discuss some of the basics of synthetic biology and explore its disruptive potential.

The experts Singh convened come from diverse backgrounds that reflect the wide-ranging nature of synthetic biology. David Berry is a general partner at Flagship Ventures, where he focuses on investing in new businesses in life sciences and sustainability. Andras Forgacs is the cofounder and CEO of Modern Meadow, a company that harnesses design, biology, and engineering to produce biofabricated sustainable leather. Ellen Jorgensen, a molecular biologist, is the cofounder and executive director of Genspace, a nonprofit organization dedicated to increasing science literacy, particularly in the areas of molecular and synthetic biology.

McKinsey: The field of synthetic biology is complex and evolving so rapidly that even scientists do not agree on a definition. How would you explain it to a layperson?

Ellen Jorgensen, cofounder and executive director, Genspace:Synthetic biology builds upon genetic engineering—something that has been around for 30 years and the results of which are everywhere in our daily lives, from the foods we eat to the clothes we wear to the medicines we take. The newest medicines are all genetically engineered products that are grown in big culture vats; they are not extracted from a plant anymore. Some genetically modified crops are the norm here in the United States. Genetic engineering adds new DNA to an organism, and synthetic biology is similar. The end goal of both is to edit the DNA code of an organism in order to do something useful. Synthetic biology, however, allows the standardization and automation of the process, making it more precise and faster.

At the start of genetic engineering, finding the right piece of DNA in one organism to trigger the expression of particular proteins or traits in another was a question of luck as much as skill and could take years. But now, since so many genomes have been sequenced and the information is shared in a central database, this process is much faster. Synthetic biology aims to take this a step further by making the pieces of DNA easier to assemble, effectively modularizing them. Then you can build what you need much more quickly, accurately, and at scale. You can think of it as turning biology into a LEGO-like system, where you can create standard units, or bricks, and assemble them in different ways to create different products or outputs, either to correct a mutation or a defect that might lead to a disease or to create a simple organism that can be grown, say, in a fermentation and trained, by editing the DNA, to make a useful compound.

McKinsey: In what industries do we see the impact of synthetic biology?

Ellen Jorgensen: It’s such a new field that there is very little that’s come to market yet that’s specifically from what could be termed synthetic biology, although the lines between genetic engineering and synthetic biology are blurred. Medicine is of course an important frontier. Perhaps one of the earliest breakthroughs for synthetic biology was making artemisinin for treating malaria. The drug is produced naturally by the Chinese sweet-wormwood plant, but only in tiny amounts. Scientists took a complicated metabolic pathway from a plant and moved it into yeast so the drug can now be produced on demand.

Outside medicine, there have been lots of attempts to disrupt the fuel industry with biofuels, although low oil prices have slowed that down. But eventually we’ll see a major disruption in the fuel industry. It’s just a matter of time.

We’ve also seen a synthetic-biology company partner with one of the oldest and most venerable perfume makers to transfer the complicated biochemical pathways that produce scents into the fermentation tank. It’s a quicker, more sustainable process, as some of the plant ingredients take a long time to grow. In material science, we’re already making bioplastics, while some of the big tire companies are looking into making rubber through synthetic biology. It’s an area that has much less regulation than medicine, so a lot of the synthetic-biology startups are concentrating on biomaterials and agriculture as well.

David Berry, general partner, Flagship Ventures: In my mind, the biggest and most important opportunities are around agriculture, food, nutrition—and I’m lumping them together purposely. I think we massively underestimate the importance of what we eat, not just for our own health but also for the future of humanity. The nutrients in our food dictate our health and, in many instances, the drugs we are forced to take. Yet there are problems growing enough food to feed the world, and monoculture is detrimental to the environment. The capabilities of synthetic biology are getting us to the point where we can start imagining and effecting ways to create real impact, such as more nutritious crops that thrive with less water, land, and energy and with fewer chemical inputs, in more variable climates and on land that otherwise would not support intensive farming, for example.

Some of the most interesting developments will be in sense-respond systems. Imagine a protein that is inactive until it is exposed to something that triggers it to refold.1Or imagine a virus that only becomes active in a cell when exposed to another virus, then kills it. You have a sort of prevaccine. And, even more interesting and complicated, imagine a corn plant that can make changes on its own to resist pests.

Ellen Jorgensen: The more cheaply you can “print” DNA, the better it’s going to be. Sequencing has become really cheap. The synthesis is the part that’s still fairly expensive, but there are companies that are trying to break barriers. We’re also going to get better-automated work flows—by using low-cost lab robots, for example. It is already common practice for people to decide the piece of DNA code they need, type it into a computer, and have somebody else do all the building work in the laboratory.

The result will be a more efficient, high-throughput methodology for genetic engineering and hence a surge in research. I think we’re going to see synthetic chromosomes in higher organisms within the next five to ten years. We already make synthetic chromosomes in yeast, but imagine what might be achievable if they were used in humans, able to correct genetic diseases.

McKinsey: That touches on some of the concerns around synthetic biology, including the manipulation of life. Are the concerns founded?

Andras Forgacs, cofounder and CEO, Modern Meadow: The term “synthetic biology” was probably coined by the scientific community—it certainly wasn’t something a marketing team came up with. Unfortunately, it has the connotation of creating something that is unnatural. But it’s really an evolution of geneticmodification techniques that nature has used forever and that have been adopted by humans—think selective breeding of plants and animals.

In the 20th century, since the discovery of DNA, various tools have emerged to manipulate it, from random mutagenesis—trying to introduce mutations through radiation, for example—to more and more precise tools that can cut and paste DNA. Synthetic biology is the recognition that the tools that enable us to manipulate DNA have become more sophisticated and standardized and that you can use engineering principles rather than a more random approach to get what you need.

I think people will become more comfortable with the notion when it becomes a visible part of the value proposition. When it’s in the realm of medicine or industry it remains a little opaque to consumers. But the more it becomes a part of our everyday materials, foods, and household goods, the more it will be tangible and consumers will appreciate the benefits. That said, we call what we do at Modern Meadow biofabrication. Biofabrication is the integration of the kind of biotechnology that is associated with synthetic biology with other fields, like material science. We create new kinds of materials. We grow and assemble collagen, which has the same structure you would find in an animal hide but new performance and aesthetic properties.

Ellen Jorgensen: There is a common misconception that synthetic biology is unnatural and more dangerous than genetic engineering. But the overwhelming majority of syntheticbiology projects present little or no risk, especially when confined to biomanufacturing—that is, fermentation in large tanks to produce particular compounds and molecules. The most common industrial host organisms, such as special strains of yeast and bacteria that cannot survive outside a lab environment, have been used safely for 30 years.

I think there is an education challenge. But the next generation is going to be a lot more informed. Students in schools in the United States already do transformations as part of the biology curriculum, inserting a foreign gene into a bacterium. So people will come to understand that synthetic biology is really no different from a lot of other things we take for granted, like electricity. You can electrocute someone with electricity or you can use it to light your house, but it doesn’t mean that electricity is wholly dreadful just because it’s powerful.

That said, there are many different techniques in synthetic biology, and some of them do require careful thought about how they should be used. For example, there is a technology known as gene drive, which is extraordinarily powerful. It’s a way of inserting a genome-editing system into a genome, which is then perpetuated in subsequent generations. Within a relatively small number of generations, you could spread this genetic change through an entire species. It’s being looked at for killing mosquitoes.

As a biologist, I worry about the unintended consequences of this kind of manipulation. But how far might we be willing to go to get a desired result? In South America, women are scared to get pregnant because of the Zika virus. Might public opinion at some point determine it’s OK to wipe out a species? 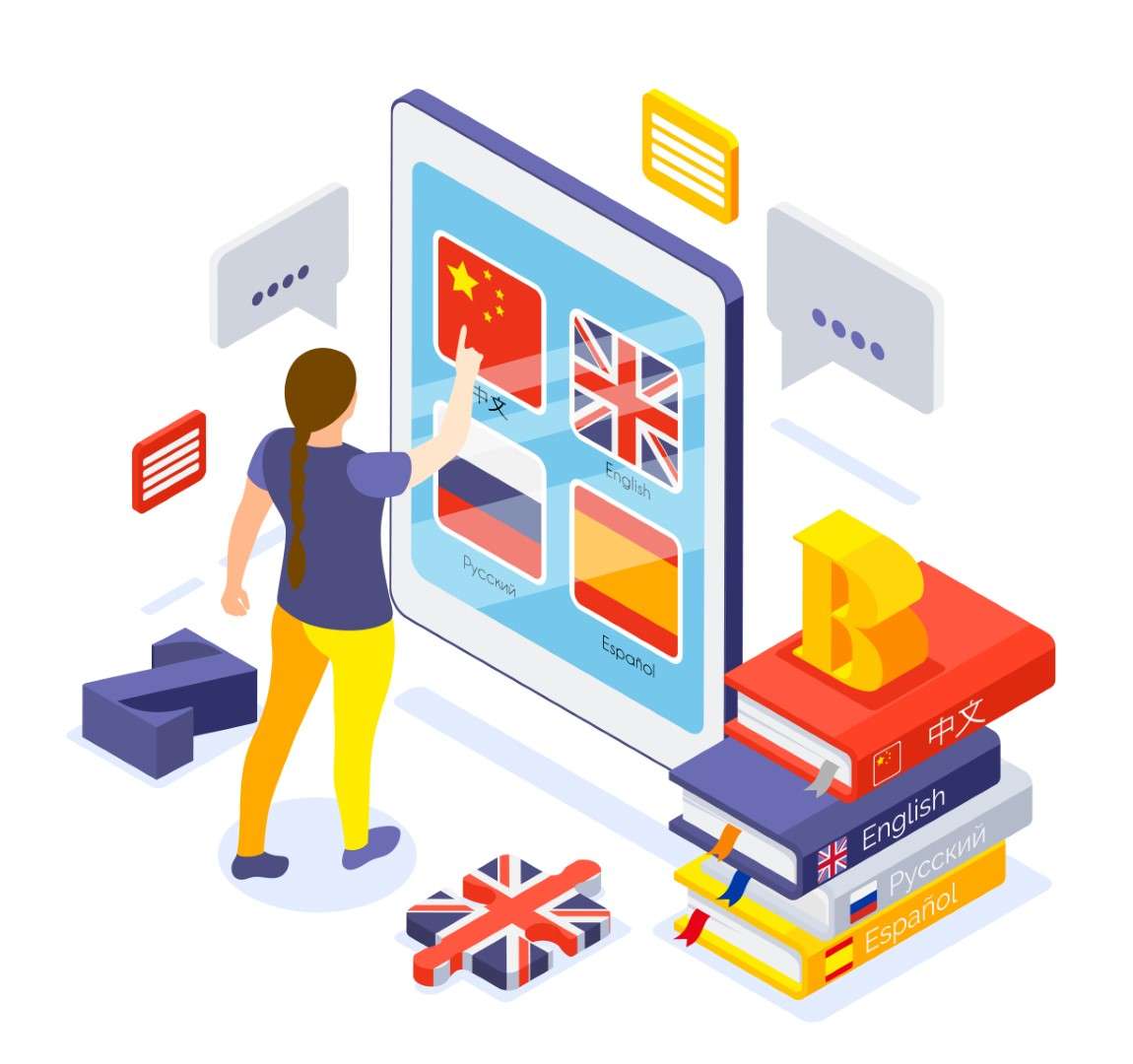