At a news conference this past Wednesday, between President Obama and Chinese President Hu Jintao, there were some translation mix-ups, causing great confusion between the two leaders. There was not simultaneous translation from English to Chinese for Hu Jintao, as thought by President Obama. When both leaders were asked a question, it was not immediately translated to Hu, leaving him unaware of the question, thus not responding. His lack of a response cause many to believe that he was avoiding the subject of human rights altogether, when in fact, he had just not been asked the question in his own language. Another mishap occurred when Obama answered a question with a quite lengthy response, but because there was not simultaneous translation occurring, the interpreter was made to translate the long response after Obama had finished, which increase the margin for error in the translation.

Later in the conference, a reporter jokingly asked for the translator “to interpret my two questions correctly and accurately.” Although it is not entirely clear what caused the confusion, it was stated by White House representatives that the Chinese had requested consecutive, not simultaneous translation, which apparently had not been expressed to Obama, or he would have responded in shorter, more broken up and easier to translate segments. There were also issues with the American live broadcast, sometimes having stretches of Mandarin that most Americans are unable to understand.

Clearly, this is an example of the necessity of clarity of what’s expected when working with professional translation services. Both parties need to make their expectations clear to the translator and to each other to get the job done well. Here at Epic Translations, we are always making sure that all bases are covered with our translation and interpretation work. Come give us a try and we’re sure to impress. Give us a call at 1-877-EPIC-745

There’s a new initiative(Pharmacy Translation Initiative) being pushed in New York to provide language assistance in all chain pharmacies to those residents who don’t speak English. Many citizens are not able to read or understand a pharmacist’s instructions of their medications. Nisha Agarwal, director of the Health Justice Program, reveals that 88% of pharmacists see patients with limited English proficiency daily, but only 39% of pharmacists translated labels daily. “The pharmacist couldn’t explain to them how to take their medicine in a language they would understand,” Agarwal said. 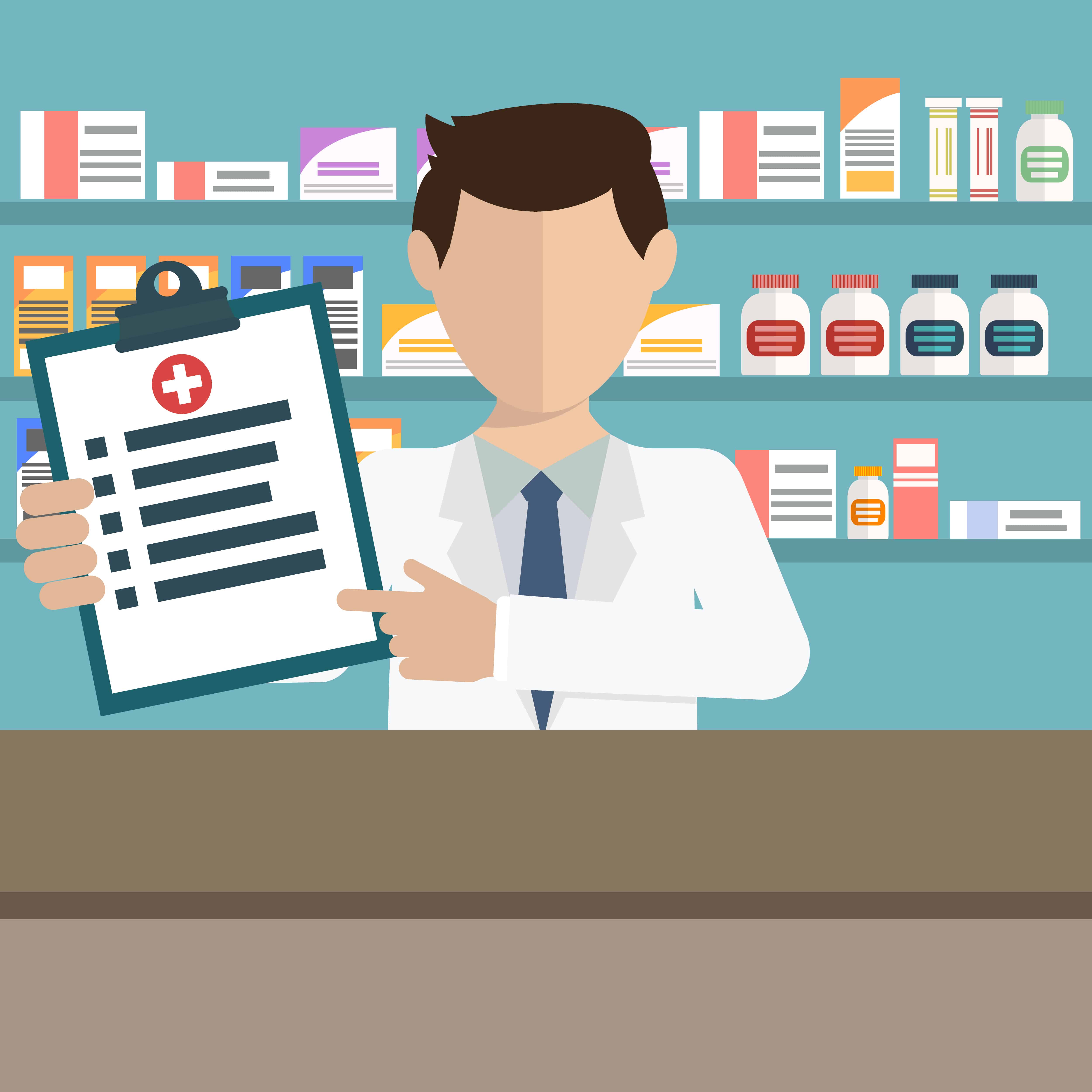 A bill has been passed already that requires pharmacies to print prescription labels in the 7 most common languages in the state. The new initiative would require translation services for every language, most likely through a phone service. It would also require pharmacies to post signs, making patients aware of their right to a translator.

On January 12, Google released a revised version of its Google Translate for Android Application. The service was already allowing translation via text for 53 different languages and translation from voice to text in 15 languages. The new revision allows two users in close proximity, speaking different languages, to converse back and forth entirely through voice. One user speaks into a microphone, and the application translates the speech and reads it out loud. The user being spoken to can then respond and the application translates their speech back to the original speaker’s language. As of right now, this technology is only available for translation between English and Spanish.

Unfortunately, this technology is not without its flaws. There are still issues regarding background noise, users who speak too quickly, and thick regional accents. And of course, we are all aware that machine translations are hardly close to perfect. If you’re seeking translation service on a professional level, it’s absolutely best to skip the difficulty and problematic nature of machine translations and hire professional translation services. Here at Epic Translations, we have a service to fit your every need. Click the Contact Epic tab at the top of the page to reach us and we’ll get back to you immediately.

In these difficult economic times, a change in career or a supplemental source of income is sometimes necessary for many.  One avenue for one to explore is the translation industry.  “U.S. News & World Report” lists translator/interpreter as one of the 50 best careers in 2011.  Demand for translators is growing rapidly as the translation industry itself is increasing at a projected rate of 22% between 2008 and 2018.  Additionally, translators generally work on a free-lance basis, allowing one to choose how much work to undertake, making this the ideal situation for those with a full-time job or a family.  It also allows for you to live anywhere and travel at will, because translations are done over the internet.

To get started in the industry, you need to have at least two languages under your belt, in addition to English.  It is also recommended that you develop expertise in a field that requires regular translation work, such as engineering, medicine or law.  Keep in mind that you have to know the subject well enough to discuss it in both languages, which usually requires a Bachelor’s degree in that field.  So what are you waiting for?   The translation industry is ready for you! If you would like to apply to work with Epic Translations, you can go to www.epictranslations.com, under the “Linguists” tab and fill out the form.  We look forward to hearing from you.

Translation Memory – expertise at your fingertips

Did you know that EPIC Translations is a partner with SDL Corporation? What does this mean for you? Well, first you should know who SDL Corporation is. They are the “world leader in Global Information Management providing software to help corporations create and maintain all multilingual content.”

How does this help you? SDL Trados is a computer-aided translation tool that:

Here are some of the benefits of creating TM for your content:

EPIC Translations has the expertise to help you cut down costs on your translation needs.  Contact us today for further information.

Quite a few companies have released Machine Translation Software for various smartphones and tablets in order to provide on-demand translation service.  In some instances, you can take a photo on your phone and send it to a server where it will provide you the translation in your desired language.

In other instances, the Machine Translation Software can instantaneously translate full sentences for you.  While these are definitely technical breakthroughs, I’m not sure whether many practical applications exist for MT software on your smartphone.

Can you imagine if you’re in a meeting and your company speaks only Chinese or French?  In order to have a meaningful conversation, are you going to first speak into your smartphone and then point it in the direction of your company so they can listen to the translation of your sentence?

Or better yet, if you’re on a conference call with a potential client or a business partner, are you first going to speak into your smartphone and then point it towards your landline phone so you could have a meaningful conference call?

Bottom line is that MT has limitations in its practical applications.  Machine Translation will never be good enough to completely replace the human translator or the human interpreter.

If you’re a small to mid-sized company that has business interests in multiple countries then there is a good possibility that your company falls under one of the three scenarios I mentioned above. Regardless of what scenario your company falls under, here are a few tips that will help you to efficiently consume language services:

In some instances, court hearing, for example, having the interpreter on-site might be the only acceptable option.  But for many other instances such as business meetings, medical evaluations, and emergency situations, having over the phone interpretation service can be a great benefit.

The EPIConference system can also record the interpretation session and immediately email the recording as a mp3 file to all of the participants.  Upon request, a transcript of the session can also be provided.

Internal review of a translation

Partnering with a translation company

If you’re looking to do business in another country, it will be vital to have some of your content translated or localized.  Partnering with a translation company such as EPIC Translations can be very beneficial and cost-effective. One of these benefits is immediate access to expert linguists with industry knowledge and experience.  A translation company will most likely have experienced linguists in various areas of expertise such as legal, marketing, technical, and medical.  You can put this expertise to use for your business right away. 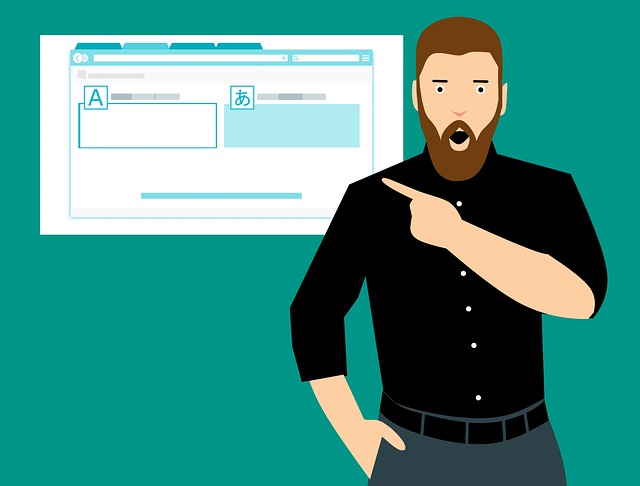 However, having your own internal reviewer will prove to be priceless for 2 of the following reasons:

Once the review is done, the translation company can implement the changes into the master file fairly quickly. An important thing to remember is that there should be a limit of 2 rounds for an internal review.  Otherwise, there is a risk of analysis paralysis.

For certain cases where extremely structured content is the norm, it makes sense to use a MT system. These cases are far and few, however. Ford Motor Company uses an MT system to translate some of their content that is continuously and dynamically updated such as vehicle assembly build instructions. In these kinds of situations, the content has to be very structured and detailed; preferably written in a language known as Standard Language. This language is a subset of the English language and is restricted to about 5,000 to 10,000 words.

Companies can create content in Standard Language that is specific to their operating environment. Additionally, the source content must be developed and/or converted into a format that an MT system can easily understand. Note that the MT system learns your environment specific vocabulary over time so it can not be used right out of the box. A lot of engineering time is needed to customize the MT system for your environment.  For some companies, this might be a cost-prohibitive option.

Machine Translation PLUS Human Reviewer option is viable for situations where there are not a lot of dynamic changes and at least some of the content is structured. Such examples include machine/engineering specs that have to be shared between engineers in different countries and the need for the translation is not urgent. In these scenarios, an MT system must be deployed for a company-specific operating environment and previous structured text must be fed into the MT system in order to do any translations. The need for engineering time and cost to customize the MT system must be given a serious thought.

in Blog / Document translation
« Previous
Next »